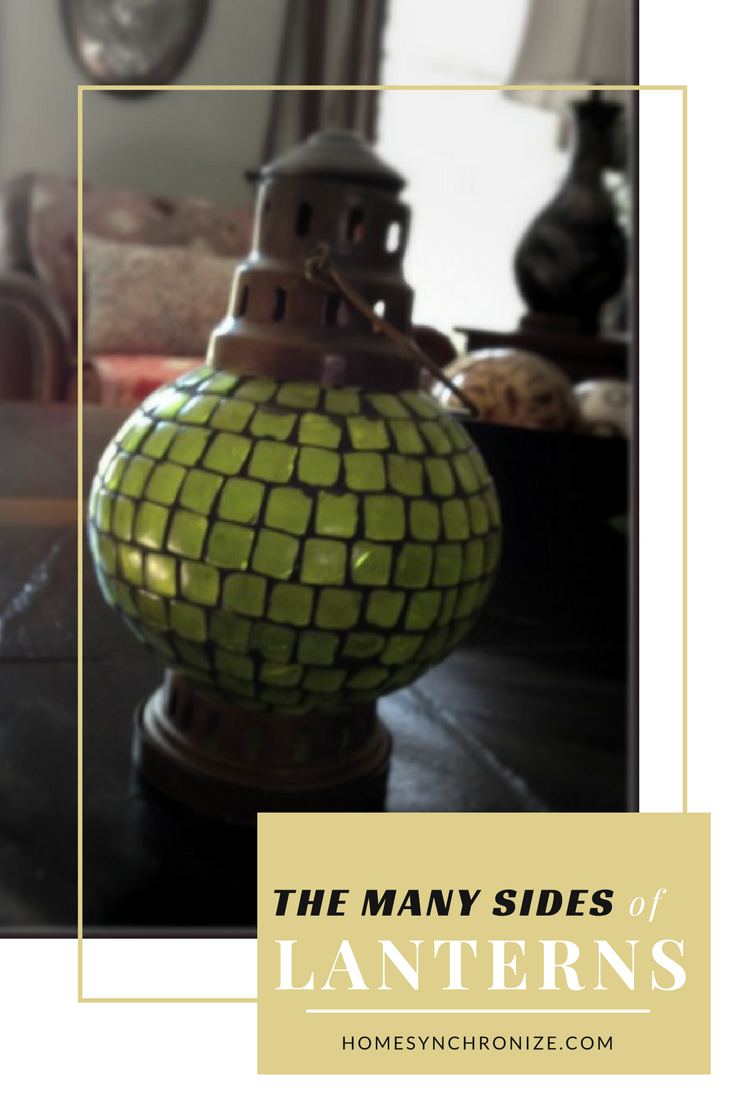 Did you know that lamps were described in the Quran? (Aya 35 from Surat Al Nur)

God is the Light of the heavens and the earth.The Parable of His Light is as if there were a Niche and within it a Lamp, the Lamp enclosed in Glass: the glass as it were a brilliant starLit from a blessed Tree, an Olive, neither of the east nor of the West,whose oil is well-nigh luminous, though fire scarce touched it. Light upon Light! God doth guide whom He will to His Light. God doth set forth Parables for men: and God doth know all things.

Early Islamic lamps were borrowed from the Roman and Byzantine empires. These clay lamps were used for everyday lighting by burning an oil fed wick. 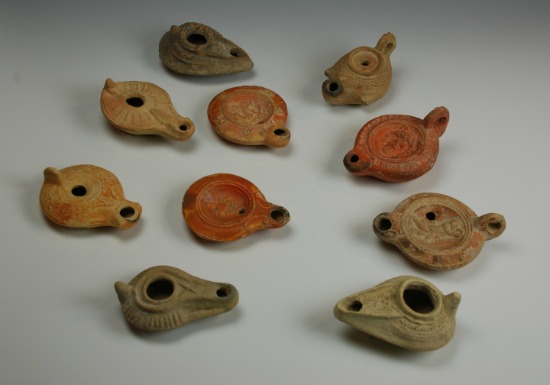 Glass lamps were also used in muslim homes but were mostly used to illuminate Mosques (prayer halls) during Mamluk reign (1250-1517).

These are oil lamps, usually with a large round bulbous body rising to a narrower waist, above which the top section is flared. There is usually a foot so they can be placed on a surface, but they were normally used suspended by chains that went through a number of loops on the outside of the body. (via Islamic Arts & Architecture) 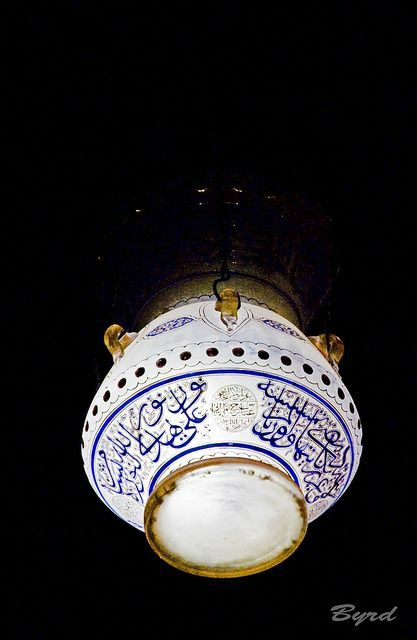 Mosque lamps’ function was not only factual but symbolic! The emitted light signifies the truth which reflects honesty, clarity, simplicity and happiness. To learn more about the significance of color and light as decorative media in Islamic Art and Architecture click on the link.

During the Ottoman reign (1517-1924), ceramic mosque lamps came into existance. These provided indirect lighting by casting their light towards the ceiling. 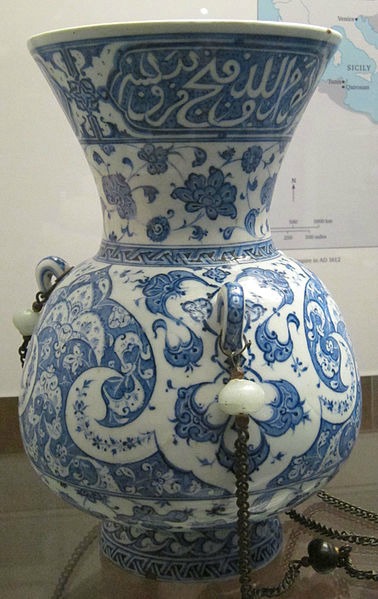 Wikimedia commons
Lanterns, on the other hand, were used to light streets and home exteriors. 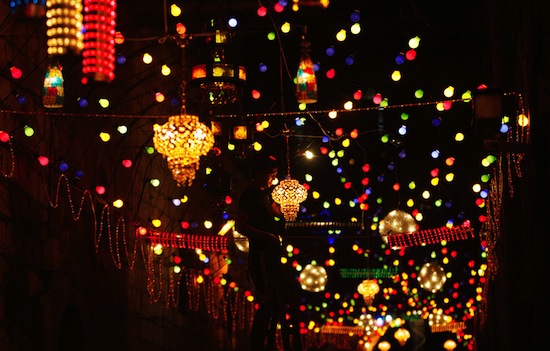 Boston.com
Some of you know may know that Lanterns are especially popular in Ramadan (the muslim month of fasting). One of the stories told is that during Fatimid reign, the streets of Egypt were lit with lanterns to announce the holy month. To this day, the streets of Egypt (and others in the muslim world) light up with lanterns during the month of Ramadan.
Today, Islamic style lanterns can be used indoors as well as outdoors. They provide general or accent lighting where they cast a subtle glow that is warm and inviting. In either case, lanterns will surly add uniqueness and beauty to any interior. Here are a few examples that will surly inspire you to add an exotic look to your home with lanterns…. 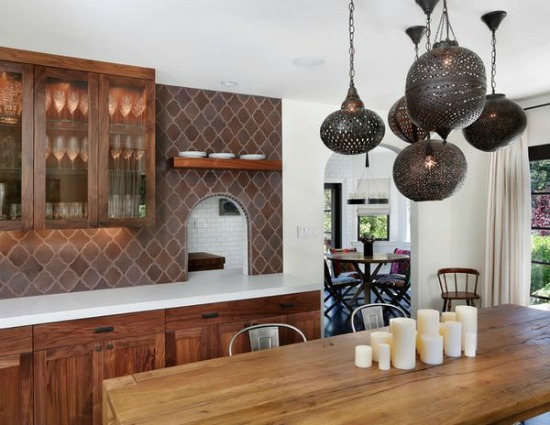 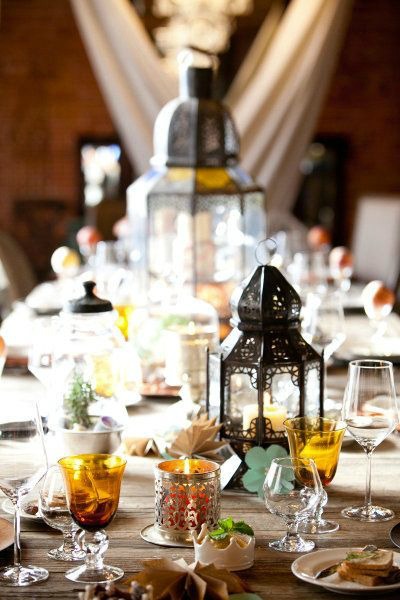 My Sweet and Saucy 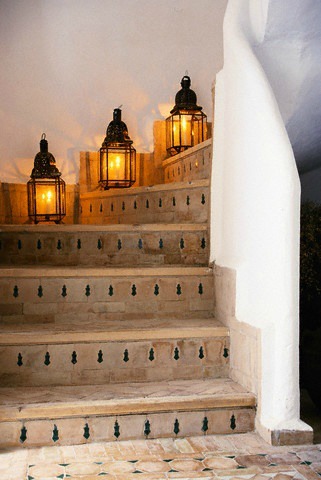 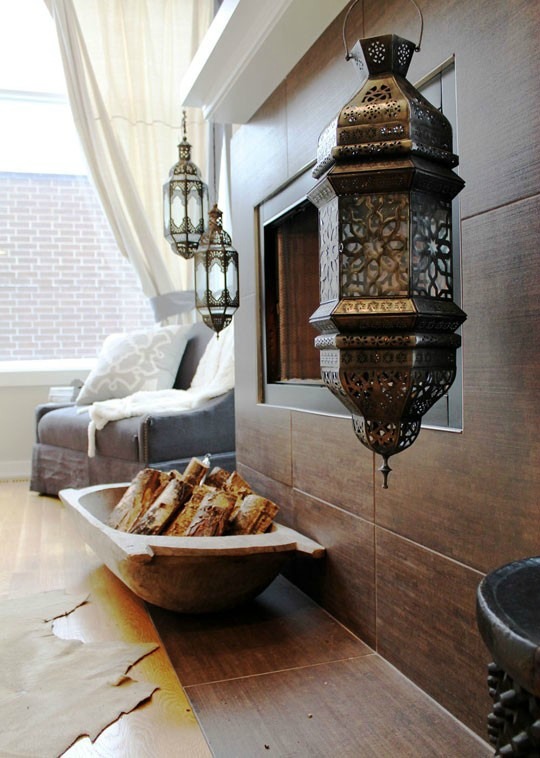 There you have it, a (very) brief history behind the evolution of Islamic lamps into what is known today as Moroccan Lanterns. I hope you enjoyed it! If you are interested in a detailed history of Lighting in the Islamic World, click on the link.

Which Islamic style lighting fixture did you like the most? I found the glass mosque lamps very interesting! I love the  calligraphy decoration and how it is highlighted when the lamp is turned on. This gives me an idea for a home craft project! 🙂