There are two forms of Islamic art; Calligraphy and mosaics. Early muslims combined geometric shapes in highly sophisticated patterns to form amazingly complicated mosaics (see examples). They also used mosaics to highlight Islamic calligraphy on architecture in breathtaking designs. I have been thinking about learning the art of mosaics for a long time so after this blog post about Kufi calligraphy, I thought that the angular lines in the calligraphy would make it a suitable introductory craft project to the art of mosaics. However, since I had no experience in working with mosaics, I was not ready to invest in its supplies and decided to work with paper mosaics instead. 🙂 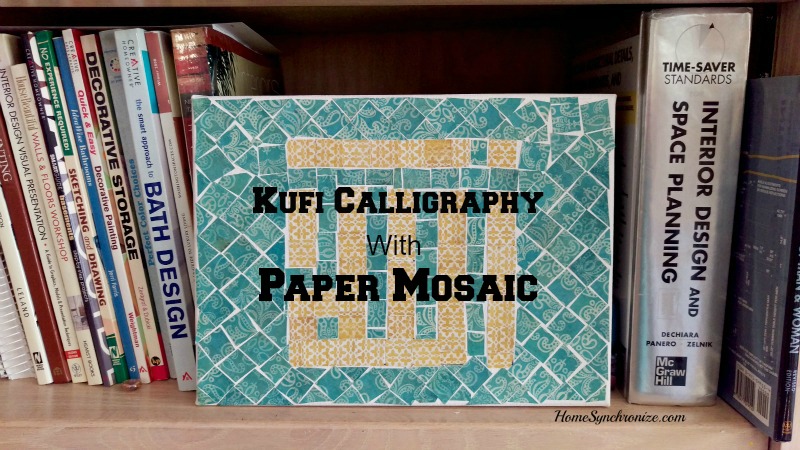 I used the following: 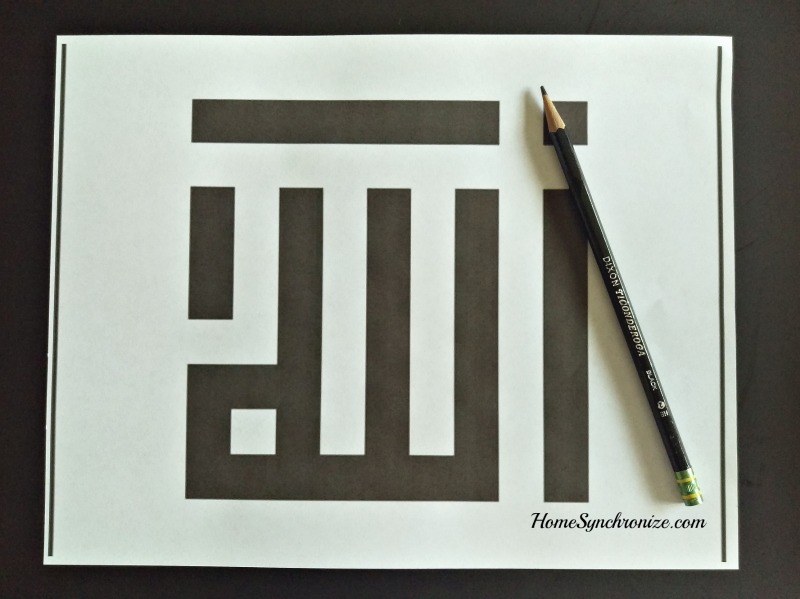 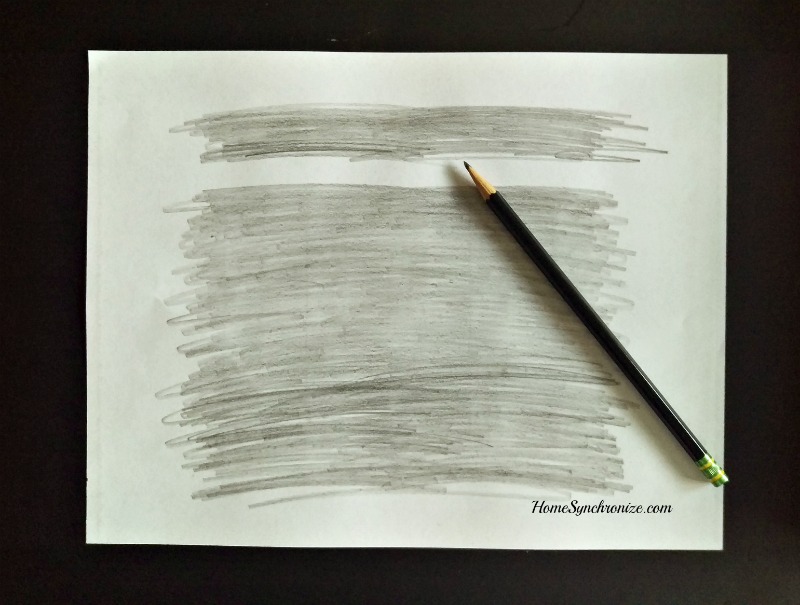 I flipped the calligraphy onto the canvas (lead side down) then I secured it in place with masking tape. 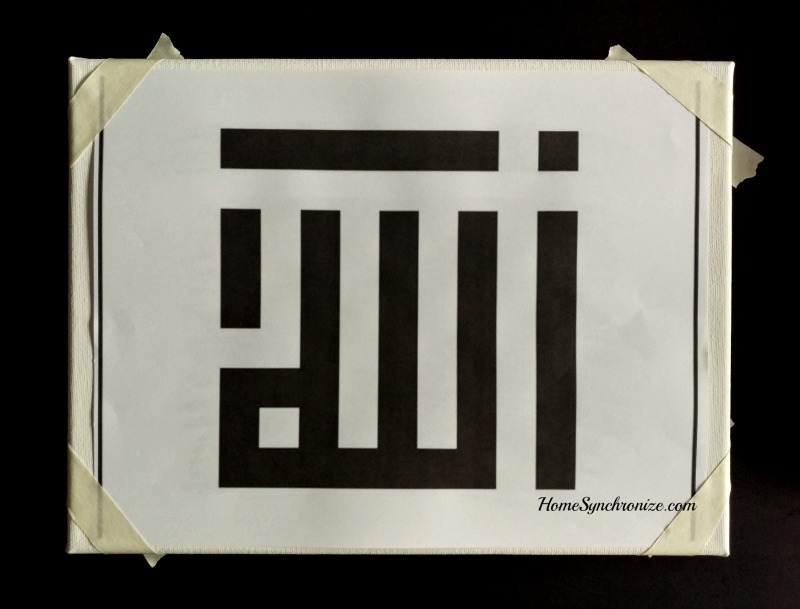 Next, I used my pencil to trace over the lines of the calligraphy. 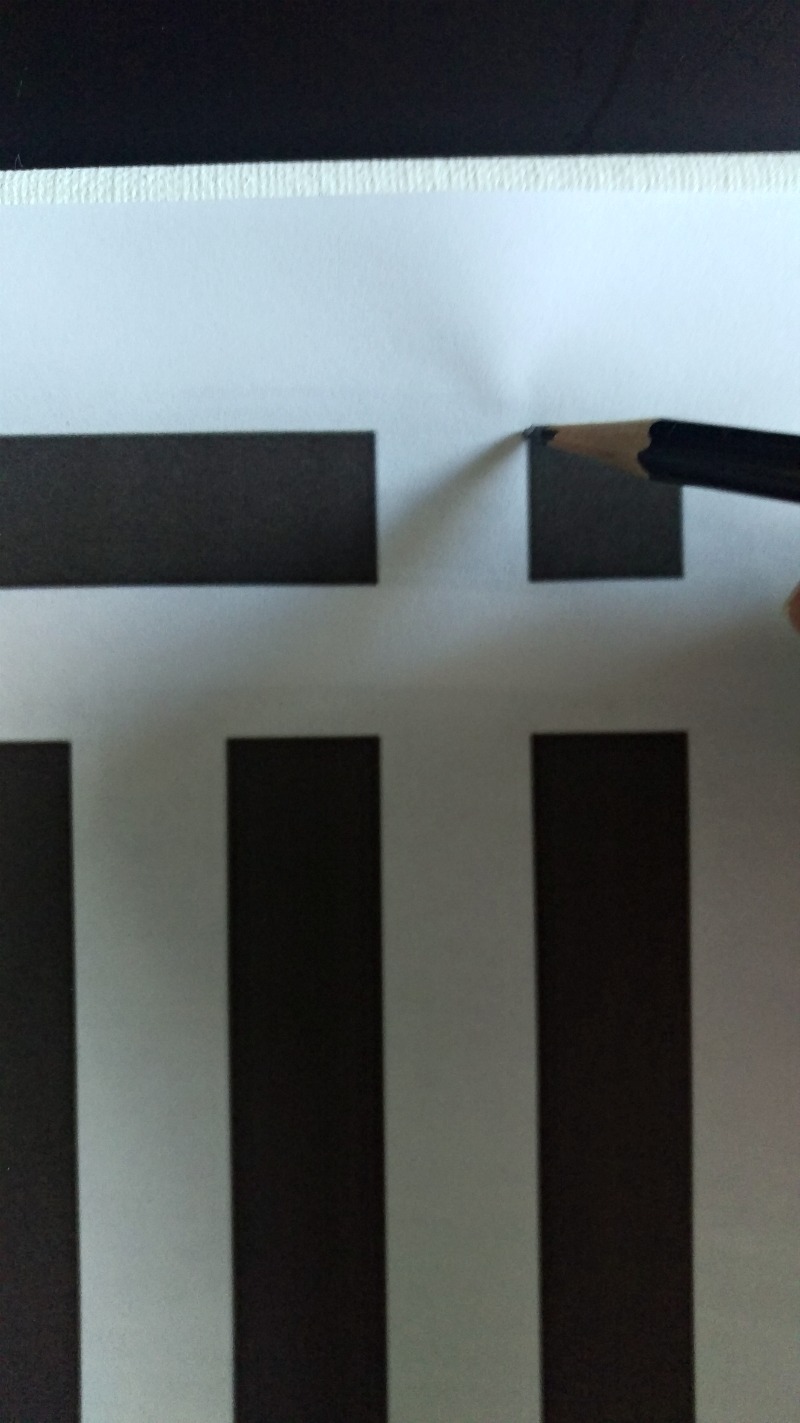 Voila! The image is transferred onto the canvas. 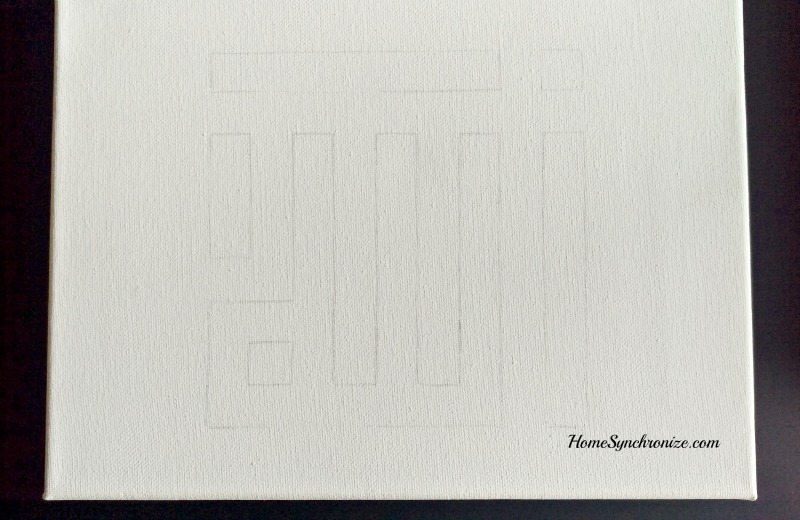 Since the image was faint, I traced over it with a sharpie. (In hindsight, I should have skipped this step because the sharpie color showed through the paper mosaic). 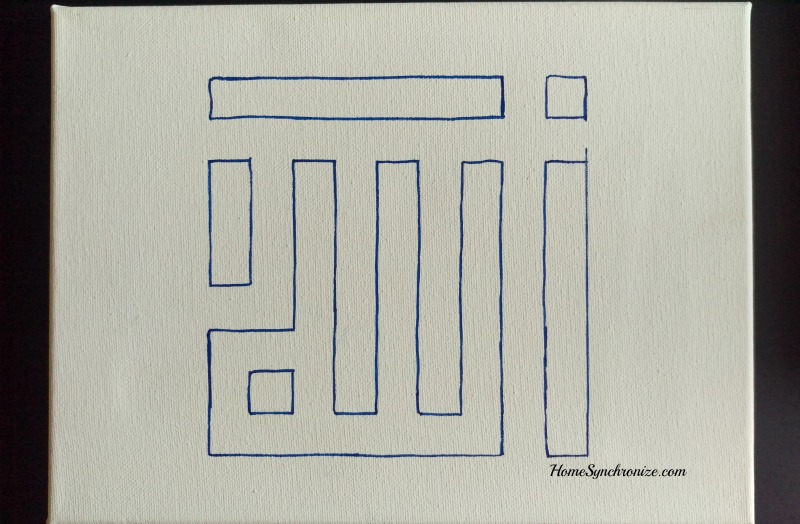 Next, I color coordinated decorative paper scraps and cut them in small squares. 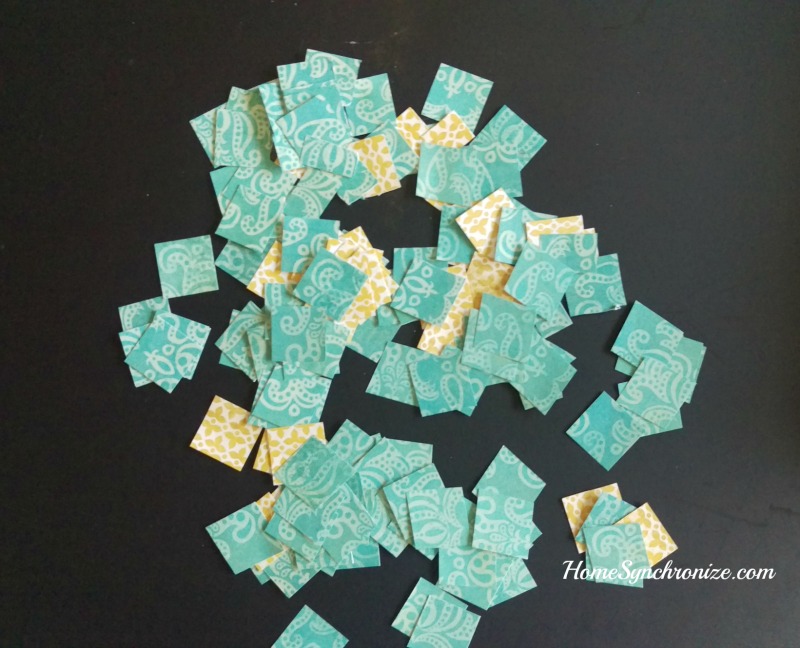 After figuring out the best layout, I began gluing each square in place. 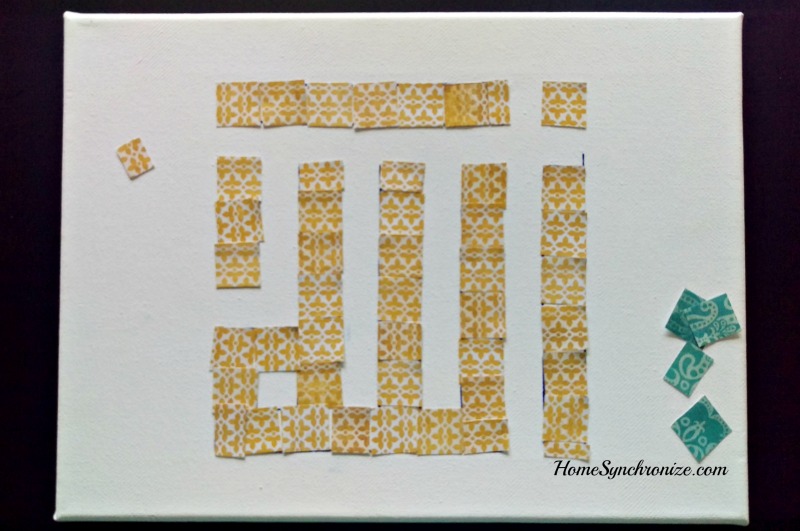 Two hours later, a unique Kufi calligraphy art with paper mosaics is ready for display in the office. While it turned out okay, I am not too happy with the white space especially around the sides. I know I need more practice to perfect this! 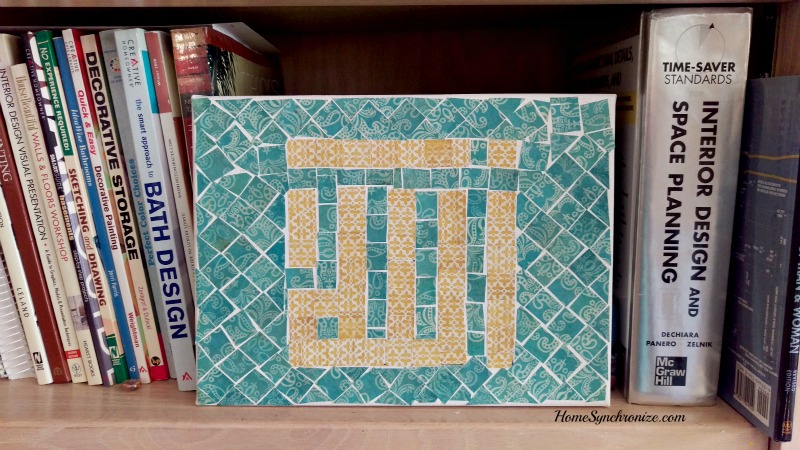 Overall, this was an easy and fun craft project that I believe kids can also try. However, creating art with mosaics is time consuming so plan on that if you decide to try your own.

P.S. For those of you who would like to create an art with Allah’s name in Kufi calligraphy style, I have created a stencil for you. You can purchase it here.