Hello and Welcome back!  I am glad you decided to come back to explore Islamic design with me. For those of you who don’t know me, I am a Muslim Arab American who has been living in the U.S. for the past 21 years. I am very excited to share with you what I am learning about the influence of my religion and culture on modern interior design. 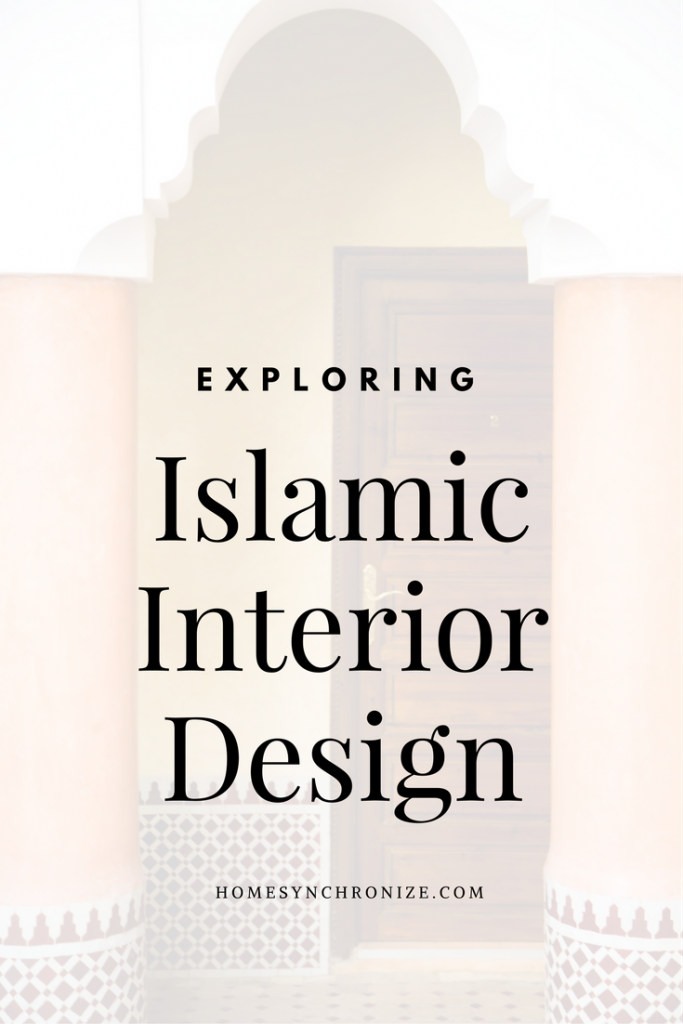 The Arabic style was influenced by Several ancient civilizations. The columns and arches are an example of the Roman influence upon the Islamic Civilization.  Sheik Zayed Mosque in Abu Dhabi is a modern example of the use of arches and columns. (Update: Check out this post on Islamic style arches) 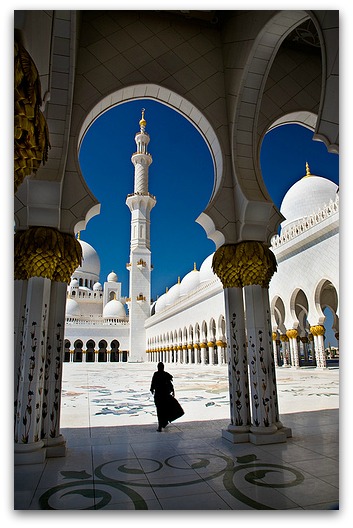 How did the early muslims design their homes?

Privacy is of atmost importance in Islam. Therefore, homes were built to provide maximum privacy without depriving the residents of enjoying the comfort of home. How was that done? Muslim Architects designed the house around an inner courtyard that served as the center of the house. A long hallway seperates the front door from the courtyard to discourage visitors from peeking through. The Courtyard is usually decorated with a water fountain and foliage, turning it into a cool, quiet and private family center. Click here to learn more about this amazing architectural design. 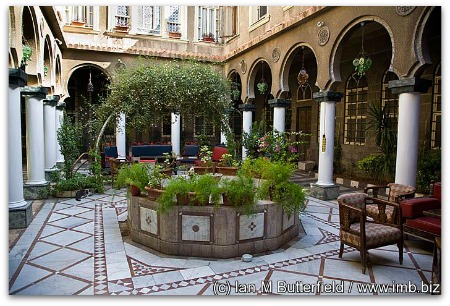 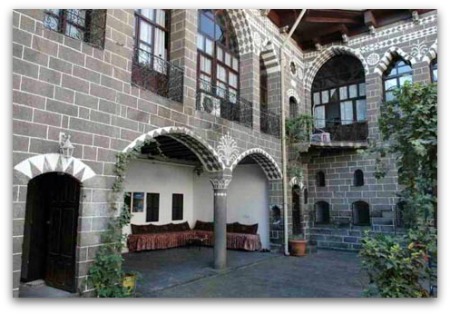 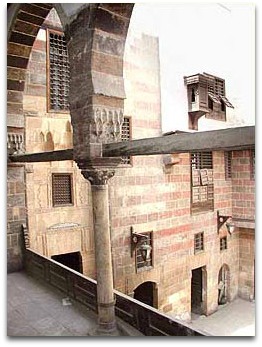 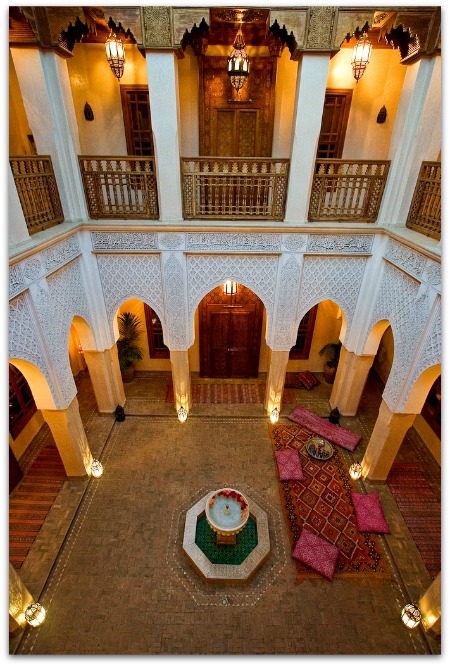 I am just amazed at the similarities between these homes despite their varying locations. Did you notice the arches and the columns in each home?

Windows were also covered with ornate screens to provide privacy while still maintaining their function.  (Update: check out this post about Islamic style window screens)

This is from an old Egyptian home 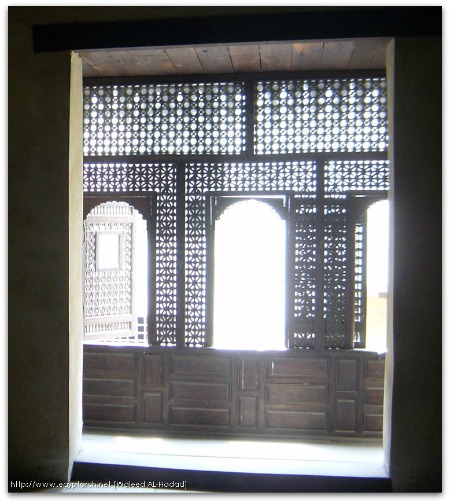 Traditional Furniture- Back when life was simple, people would spread cushions around the perimeter of the room to sit on. Large Copper trays served a dual function of tray and table. {I think this type of seating might still exist in some countries but I am not sure}! 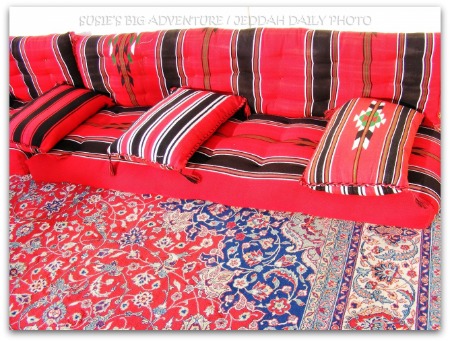 Low lying furniture, floor pillows, ottomans and pouffs are all variations from that concept. Below is an example of floor pillows. (Update: Check out this post on floor seating) 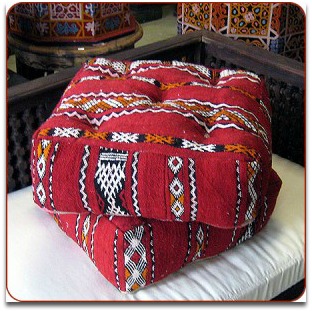 How did the Muslims decorate their homes?

The Islamic faith prohibits Muslims from drawing human and animal images. So, they created a unique form of art called Calligraphy; the art of writing. Verses of the Muslim holy book (the Koran) were used to decorate mosques and homes. Below is an example of Calligraphy in the blue mosque, in Turkey. (UPDATE: Check out this post on Islamic calligraphy) 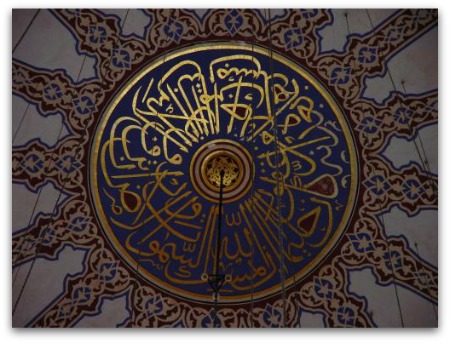 Muslims also created a form of abstract art that involves geometric and arabesque (scrolls) shapes. Mosaic tile in vibrant colors was used to decorate mosques and homes. I will dive more into this in a future post. (UPDATE: Check out this post on Islamic mosaics) 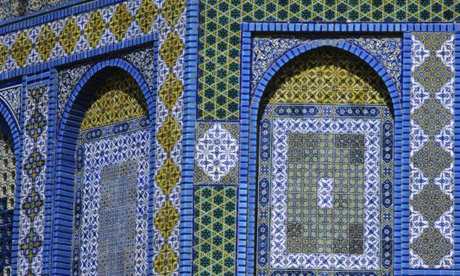 Dome Of the Rock, Jerusalem

Below is a photo of the Blue Mosque in Afganistan. Amazing Colors…and patterns…and design…and the fact that this is TILE not paint makes it Spectacular!!! 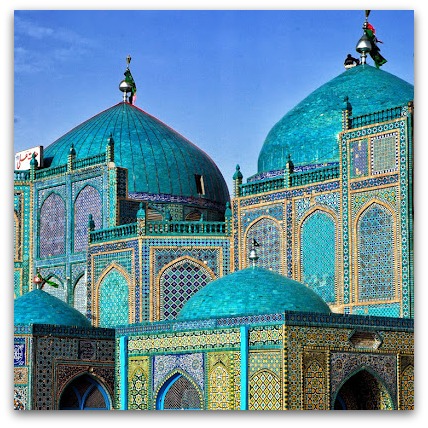 Ceramics, silver, copper and brass were readily available and were used as household items as well as decorations. Here is the traditional Arabic(moroccan) tea set 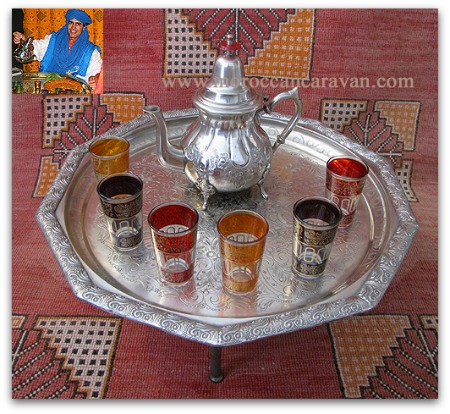 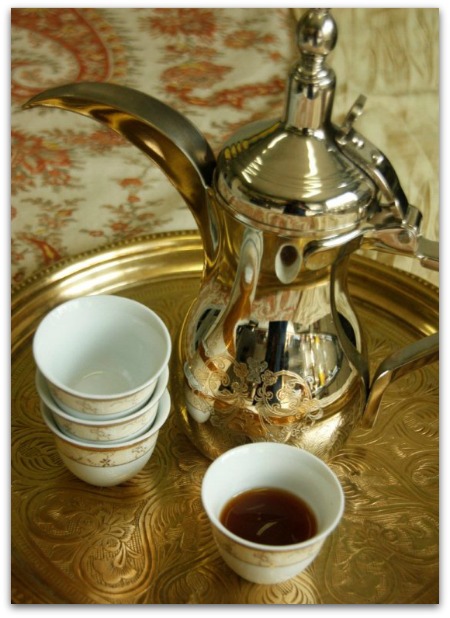 What did they use for lighting? Below is a 18| 19 century Islamic candle lamp 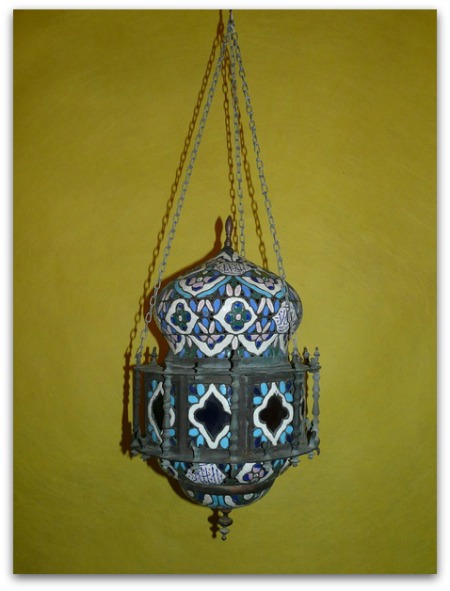 …and the modern interpetation of that is below. (UPDATE: check out this post on Islamic style lighting) 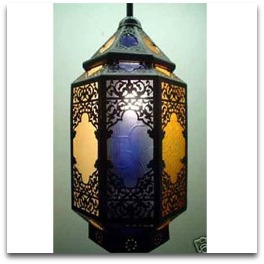 Finally, what would a Muslim home be without rugs? Since muslims pray on the ground, that ground is required to be clean from impurities. In order to ensure cleanliness, muslims walk barefoot in their homes. Thus, you see the need for rugs in Muslim homes. Later on, Muslims developed a talent for weaving rugs which turned them into pieces of art with a function. Persian and Turkish rugs are well known for their quality and aesthetics. 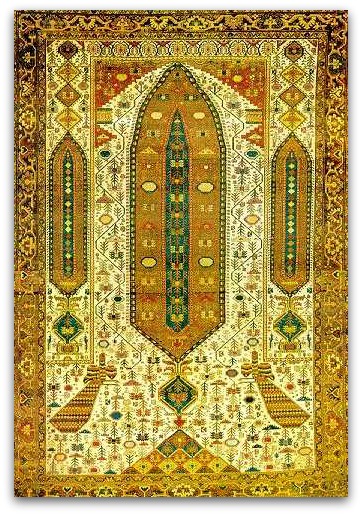 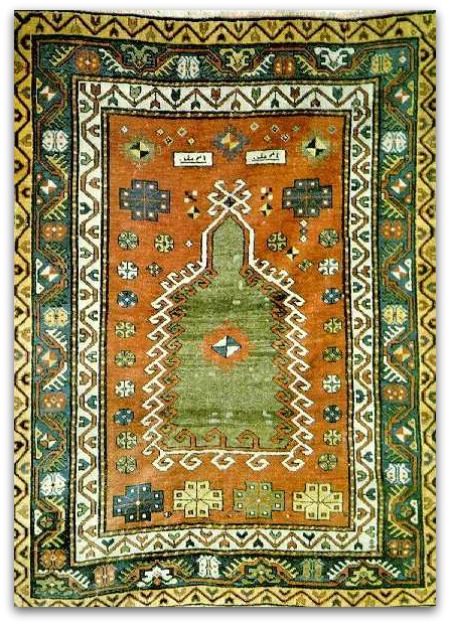 I hope you enjoyed this introductory post about islamic interior design . In my next post, I will share with you some ideas on how this ancient style can be incorporated into today’s homes.